Flora Cheng has been active throughout her life in composing and performing music. She completed her Bachelor of Music degree in Composition at the University of California, Santa Barbara. Currently, Cheng is the Music Teachers Association of California Lakewood-Cerritos Branch President.

Cheng’s album, ICARUS, was released on November 2019 and was performed live at the Epic Lounge in Downey, CA. Her track “Solitary” has recieved Global Music Awards, and the music video was selected in several different film festivals.

Cheng is always looking for more opportunities to collaborate, she believes that music should bring out the whole atmosphere and the emotions of the film. 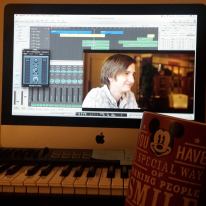 looking forward for the next projects!